Labor Day weekend 2017, I set out to hike the Four Pass Loop in Colorado with my sister Erica, my cousin Becca, my friend Jessie, and Becca’s friend, Margaret.  27 miles in 3-4 days.  The views were incredible and since I haven’t posted in awhile, I thought I’d share a few highlights here (and try to motivate myself to post pictures from my travels, which I haven’t done in a few years).

Erica, Jessie, and I had attempted to hike the Four Pass Loop over the 4th of July weekend, 2016, but made alternate plans to hike the Wheeler Geologic Area instead as the mountain passes were still covered in snow and rain was in the forecast.  The trail is good on the Four Pass Loop so great to do when the weather is perfect, but I can’t imagine doing it while trekking through snow.

Iconic view of the Maroon Bells, which we hiked around in a loop

My friend Jessie on her final ascent up West Maroon Pass 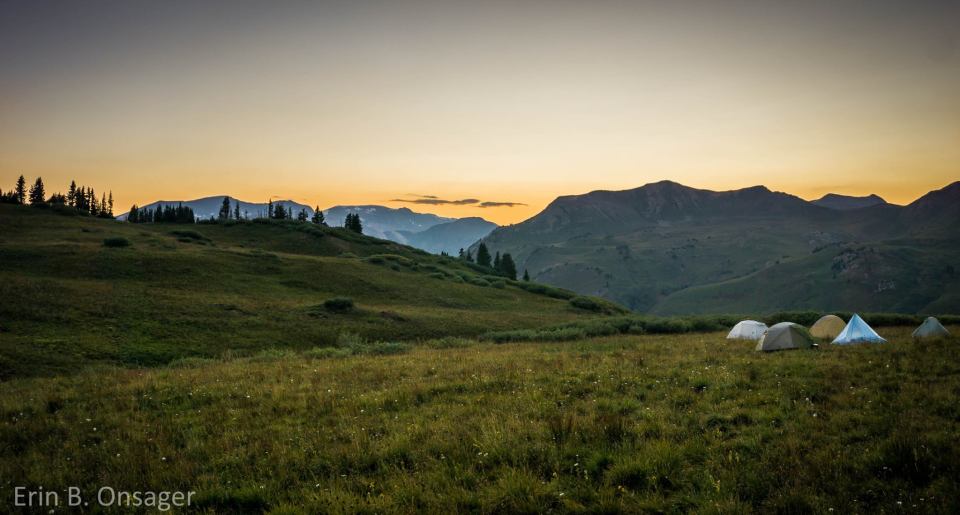 Looking down on Snowmass Lake from Trail Rider Pass – we were lucky the wildflowers were still beautiful in early September!

My sister ascending up the final pass, Buckskin Pass as the sun rises on the mountains